YERF RFP No.3 Of 2021 Provisions Of Insurance Cover For Businesses

Signing of MOU between YERF AND THE UNIVERSITY OF LIMKOKWING 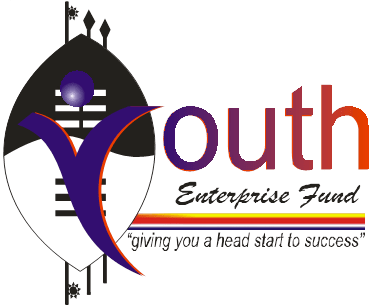 The Youth Enterprise Revolving Fund (YERF) is a Parastatal under the Ministry of Sports Culture & Youth Affairs established by the Government of the Kingdom of Eswatini in 2009 in response to the vision of His Majesty King Mswati III. The company was established through legal notice No.179 of 2009. The main purpose of the Fund is to promote youth empowerment and alleviate poverty among young people between the ages of 18 to 35 years old.

The Fund (YERF) conducted outreach business clinics in the Lubombo, Hhohho and Shiselweni Regions in an effort to bring the fund to people particularly in rural areas.

The financial aid is targeted to young entrepreneurs who want to start new or expand businesses. The regions chosen were based on the low level of participation in applications which showed that these places may not be receiving much information about YERF therefore the Fund took the services to the people to ammend to this challenge. YERF spent two days in each Region (Lubombo and Shiselweni) moving from one Inkhundla to the other.

The business clinics were first held at Lubombo Region on the 19 and 20th of February 2020 where presentations were done to 18 young people at Sitsatsaweni, 36 at Matsanjeni North, and 22 at Mhlume in the evening. In total, 76 youth were reached in the Lubombo Region. On the 26th-27th of February 2020, YERF then visited the Shiselweni Region for thye same and spent two days educating youth in the region. The overall assessment of this visit was productive since the team presented to 21 young people at Ngudzeni, 38 at Sigwe, 31 at Shiselweni 1, 19 at Matsanjeni South, and 26 at Maseyisini. A presentation to 32 young people at Nhlangano National Library which was organized with the assistance of ENYC. YERF made presentations about her products to two schools, these were Form 4s and 5s of OSLO High School and Matsanjeni High School.

1If married, are you still youth?
Yes if you are still within the age range of 18 to 35 years.
2In case of a cooperative and there is someone above 35 years old but we want to access the funds, what do we do? Do we fire the individual?
Unfortunately the cooperative wouldn’t qualify as the Fund is mainly for Youth therefore a member that is either below 18years or above 35 years old may not get a loan from YERF.
3What happens in case of a natural disaster and the business is not insured?
Business people are encouraged to insure their businesses. The young business person is given the opportunity to regroup produce and then continue with the repayment of the loan.
4Do you have preferred industries that you fund?
YERF loans are for any viable, legal business proposition. Young business people should familiarize themselves with Governments Strategic Roadmap which encourages Emaswati to be in innovative, processing, manufacturing, and agribusiness.
5What if I want to procure equipment/ materials from outside the country?
Make sure the supplier is a genuine business who has all the banking details for an electronic funds transfer. They must also be registered with their tax authorities.
Share
0 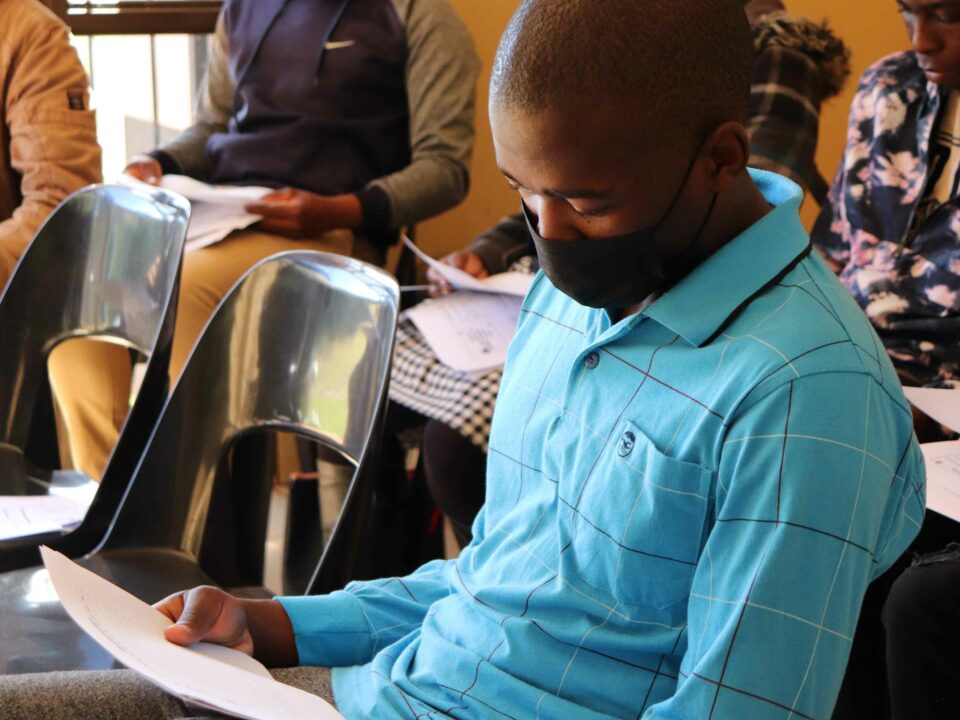 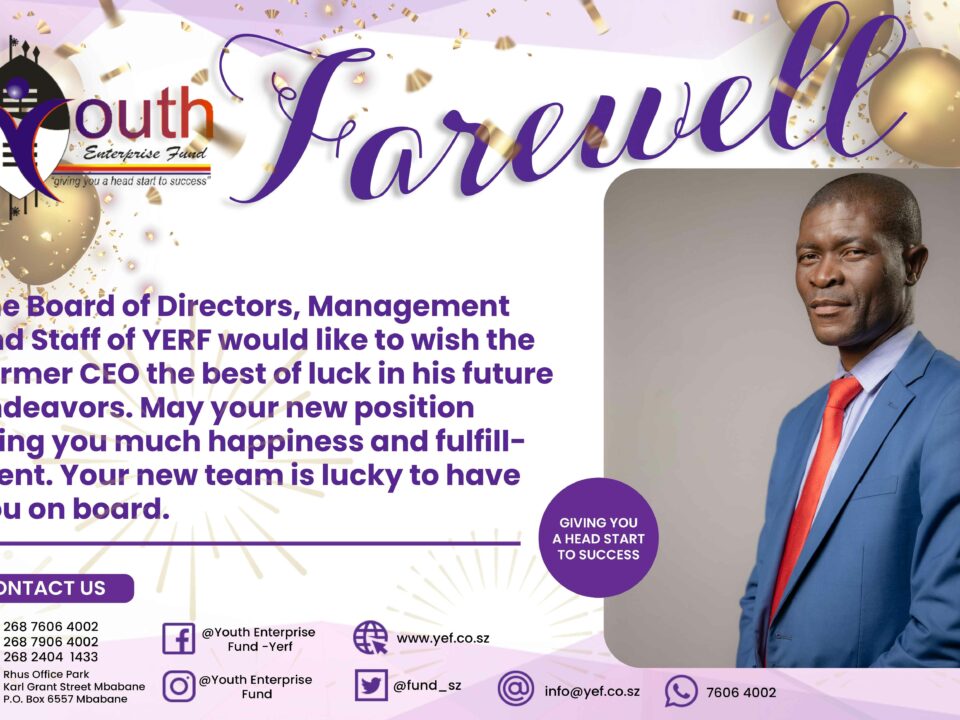 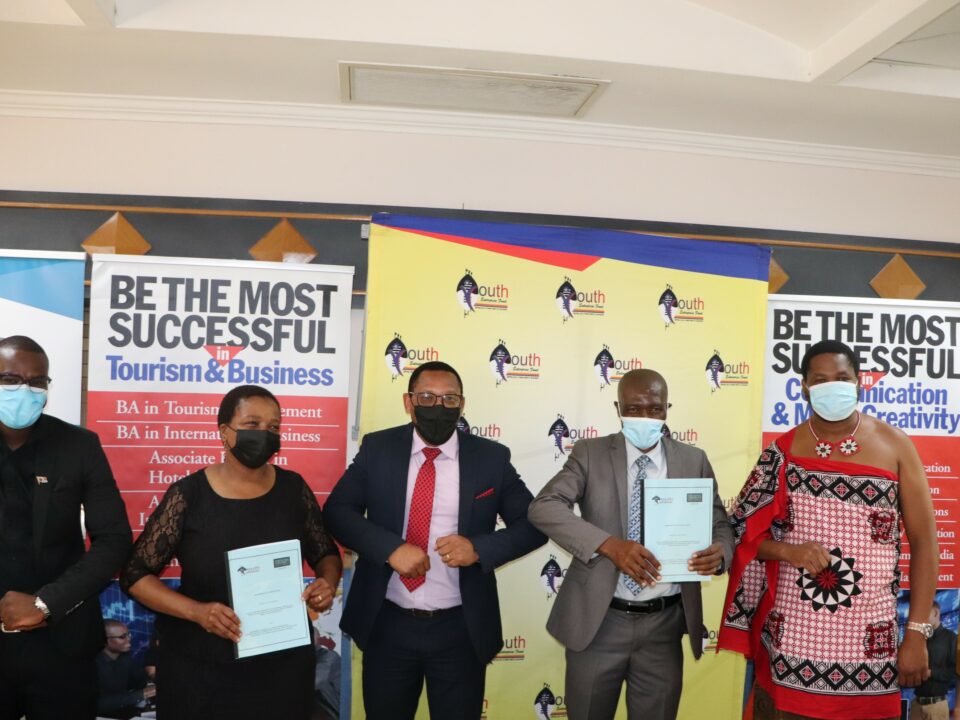 Signing of MOU between YERF AND THE UNIVERSITY OF LIMKOKWING